Common Car Smells and What They Mean 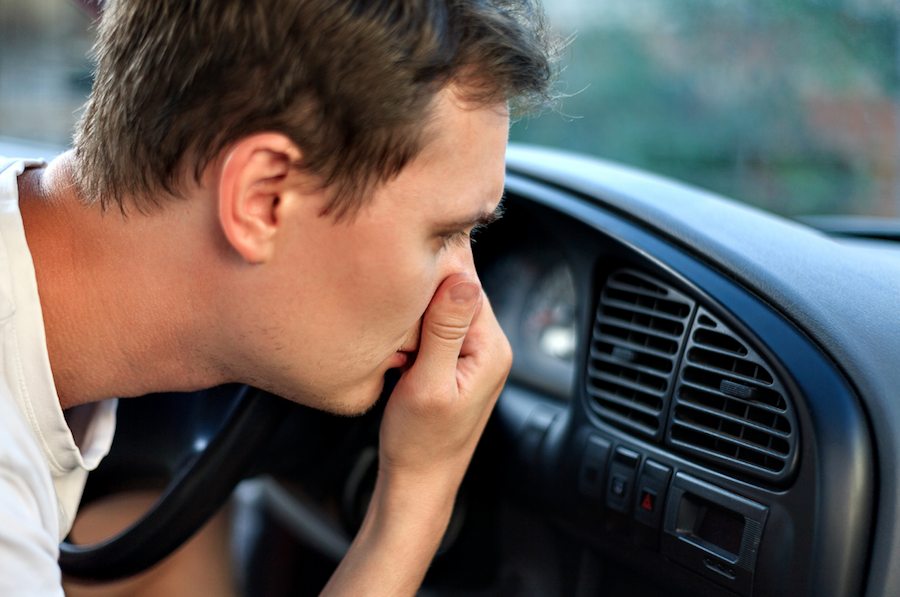 It’s probably happened to you before: you’re driving, and suddenly this new smell appears out of nowhere. A lot of the time that can just be outside odors like manure getting into the air ventilation system, but sometimes it means there’s an issue with your car. Here are some smells to look out for:

Unless you’ve just had to slam on your breaks, the smell of burning rubber could indicate some issues with parts in your engine. Most likely, it’s a rubber belt or hose that has loosened or been worn down. When those parts loosen for whatever reason, they can touch a section of the hot engine, which starts to slowly burn the rubber part down.

If you’re smelling exhaust in your cabin, that’s a sign that your vehicle needs to get checked out as soon as possible. This smell lingering while you’re in your car typically signals a leak in your car’s exhaust system, which isn’t good for the car or you. Being exposed to exhaust fumes in a small space can be deadly, and even a small leak can also affect your driving ability as the fumes get in your system.

A distinct smell, this one usually means there’s an issue with the fuel system. If parts such as the catalytic converter, fuel filters, or fuel pressure are damaged, they could start leaking a sulfur gas that will smell most noticeably of rotten eggs. Like the exhaust fumes, it can actually be dangerous to smell long-term, so it’s important to get it checked out if that smell lingers in the cabin.

A moldy or musty smell, probably coming from the air vents, means there could be some extra moisture gathering in the car’s A/C system. When that happens, there’s a good chance mold or mildew has grown, and now it’s being spread into the cabin’s air. If you smell this, get it into a service center as soon as possible. Breathing moldy air isn’t good for your health.

A gas smell could just initially be because you spilled on some gas on your shoes or clothes when refilling, but it also could mean there’s an issue. If the gas smell is there for hours or the next day when you’ve taken off the affected items, then there could be something wrong with the gas cap or fuel tank.

Whatever sudden odor you might be smelling, it’s important to bring your car in when you notice something different. Superior Service Center has a location in Eagan and Apple Valley, so we can expertly serve the Southern Twin Cities.